1. Figueroa Terrace
Thomas Ankersmit is a musician and installation artist based in Berlin. Since 2006 his main instrument, both live and in the studio, has been the Serge analogue modular synthesizer.

Acoustic phenomena such as sound reflections, infrasonic vibration, otoacoustic emissions, and highly directional projections of sound have been an important part of his work since the early 2000’s.

In the winter of 2011-2012 Ankersmit was invited by the CalArts electronic music studios, Los Angeles, where the Serge was originally developed in the early 1970s, to record new music with their heavily customized and recently restored “Black Serge” system.
In addition to conventional analog synthesis techniques (FM, AM, ring modulation, filtering, enveloping and panning under voltage control), Ankersmit used various kinds of waveshaping, distortion and feedback (both internally as well as via a microphone and speaker setup in the studio); oscillator-generated frequencies at the upper and lower limits of auditory perception; a patch matrix to control quick transitions; a homemade circuit-bending type interface to create momentary interruptions to the signal flow, and the scraping of a contact microphone. Aside from recording, editing, and a few instances of reverb no digital technology was used.

The music is finely tuned and highly detailed, yet also visceral and raw. Marked by sharp perceptual contrasts, the piece shifts between dense formations of electric noise, to fields of micro-events moving with an intuitive logic, and feedback-drones of overwhelming intensity. The sounds have a real-world physicality, bringing to mind swarms of locusts, distant storms and creaking machinery rather than “synthesizer music”.

The piece was premiered in North America at REDCAT in downtown Los Angeles and in Europe at Berghain, Berlin, for the MaerzMusik Festival.

The music is originally quadraphonic and mixed to stereo for this release. Figueroa Terrace is Ankersmit’s first full-length solo studio release.

END_OF_DOCUMENT_TOKEN_TO_BE_REPLACED

Combine the lamb, turmeric, ginger, and cinnamon in a plastic bag and shake or roll to coat the meat thoroughly with the spices and press them into the meat. If desired, leave to marinate for an hour or two. In a heavy Dutch oven or tagine, heat olive oil over medium-high heat. Saute the onions until they begin to soften, then add the meat, and brown lightly. Add the water or broth, saffron, cilantro or parsley, and carrots. Cover and reduce heat to medium-low. Cook until the lamb is tender, about 1 to 1.5 hours.

With a slotted spoon, transfer the meat to a heat-proof dish and keep warm while you finish the sauce. Return the liquid in the Dutch oven to a simmer. Add prunes or dried fruit, honey, and salt and pepper. Cover and cook for a few minutes to plump the prunes or fruit. Remove the cover, and continue to cook until sauce thickens to desired consistency. Return the meat to the sauce, and stir to coat completely. Warm through, and correct the seasonings if necessary. Sprinkle with sesame seeds and serve immediately with warm crusty bread and a salad. Serves 4 to 6.

Cream together the sugars and butter. Combine dry ingredients and add to butter/sugar mixture. Add egg and combine. Add raisins or other fruit or nuts and combine. Drop spoonfuls onto baking sheets. Bake 8 – 10 minutes at 190ºC or 375ºF.

Today, 11th March, is the official 32nd anniversary of the founding of Touch in 1982… 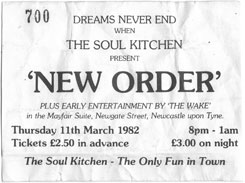 Paul Devereux and Jon Wozencroft, supported by the Royal College of Art, have since 2007 been researching sensory ways of perceiving landscape. The project, named Landscape & Perception, has focussed primarily on the Carn Menyn ridge in the Preseli Hills of South-West Wales and environs. 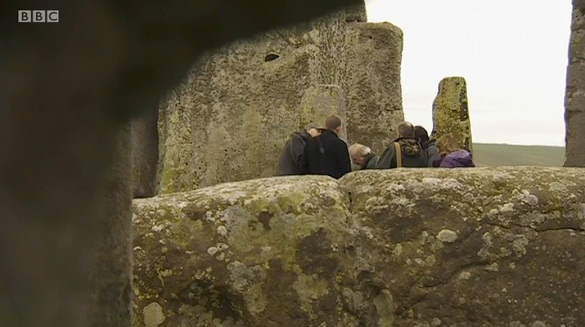 The source of the Stonehenge bluestones is widely accepted to be the Preseli Hills, a heritage site seldom studied but rich in sonic phenomena, notably the lithophones that litter Carn Menyn, the main rocky outcrop on the Preseli range.

A central premise of the Landscape & Perception project is to question the hierarchy between vision and sound in the building of prehistoric monuments, in particular the sacred sites of Avebury and Stonehenge, whose acoustic dimensions have never been properly assessed.

The BBC’s Inside Out South programme joined Devereux and Wozencroft first in Wales and then at Stonehenge, to report on their research and witness the sounding of the bluestones. You can watch the 10 minute package for the next week on the BBC iPlayer (UK only).

www.landscape-perception.com
Watch on the BBC iPlayer

TAPP 02 is a new app for Android that keeps you up-to-date with Touch news; read about and listen to tracks from the Touch catalogue; stream each and every Touch Radio episode; save Jon Wozencroft’s Touch cover art as wallpaper and cook meals from the Touch Recipe Book.

Download the free Touch app at the Google store