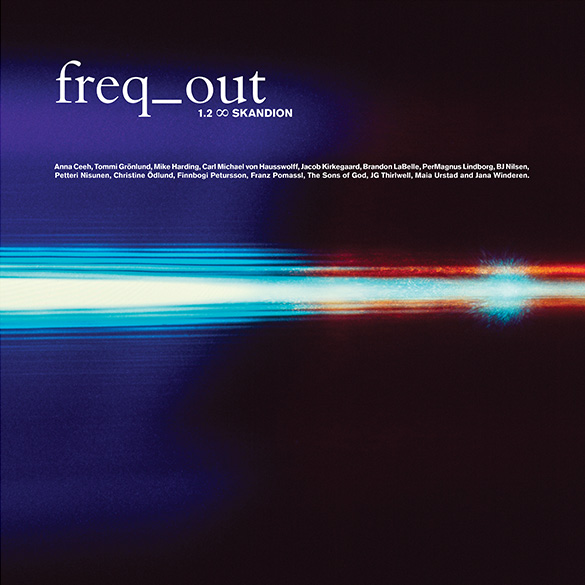 freq_out has been a musical project since 2003 when Carl Michael von Hausswolff was invited to Copenhagen to invent a new concept for and install a sound-art installation. He divided up the audible sonic register into twelve parts and asked twelve artists, musicians, composers and architects to each accept one of the twelve parts and compose a sonic piece from it. The result became twelve compositions/art works that were simultaneously played on twelve different sound systems in the art space of Charlottenborg and by this becoming one piece.

During the following years freq_out has also been installed in the cities of Oslo, Berlin, Paris, Budapest, Chiang Mai, Kortrijk, Stockholm, Amsterdam and Marrakech.
This LP contains the studio mix and a live recording of the first permanent installation of a freq_out piece called freq_out 1.2 ∞ Skandion.

The work is up and running in the entrance garden at the Skandion Clinique – a new hospital for cancer treatment inaugurated in May this year (2015) – in Uppsala, Sweden. It’s accessible 24/7 and anyone that comes by the place can enjoy the work.