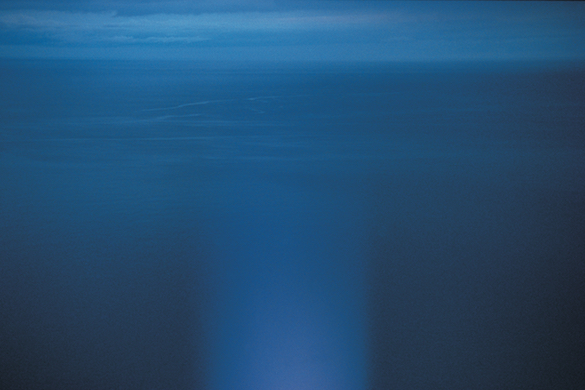 The news that Jóhann Jóhannsson has died hits hard. He configured a personal and progressive spirit, making a bridge between experimental music and Hollywood, for whom success was always subjugated to a humble awareness. Above everything he was a friend, a lovely person to work with. In his short career, he changed the way the world thinks about alternative music, then film soundtracks, and had this exceptional talent to merge classicism with noise and disturbance.

But to start earlier than Friday’s appalling news…

In Summer 2002 we finished production for Jóhann’s first release for Touch, his first outside Iceland and the Kitchen Motors project – “Englabörn”. It was Andrew McKenzie, the two of them still living in Iceland, who introduced us and encouraged us to release it. Jóhann is on record as saying how much he owed to McKenzie’s presence in Iceland, being an education and catalyst for his work. Then, in turn, it was Jóhann who suggested we work with Hildur Guðnadóttir and so a continuing light shines through our story.

The situation changes, ambitions become unaffordable financially, so it was part of the sequence that Jóhann moved into the next dimension, first recording for 4AD and being supported by Forma for live events, and latterly recording for Deutsche Grammaphon and winning multiple awards.

While he only released his first two albums with us (“Englabörn” in 2002 and two years later, “Virthulega Forsetar”), Jóhann always remained close to our operations, contributing new compositions to “Touch 25” in 2006 and the more recent “Touch Movements”. One of our favourite moments was when he expressed his joy after a live performance of “Virthulega Forsetar” at Ultima, Oslo in 2005. All who were there will never forget it – or him.

Jóhann’s work has made a huge impact on various films, we don’t need to list them here. We remember his sensitive soul… His dedication. It is easily heard, in the great work which will last beyond a lifetime.

[Photo: Front cover for “Englabörn” CD and vinyl editions. Taken in Sicily in April 2001, the Strait of Messina. To be rereleased as “Englabörn Variations” by Deutsche Grammaphon later in 2018.]