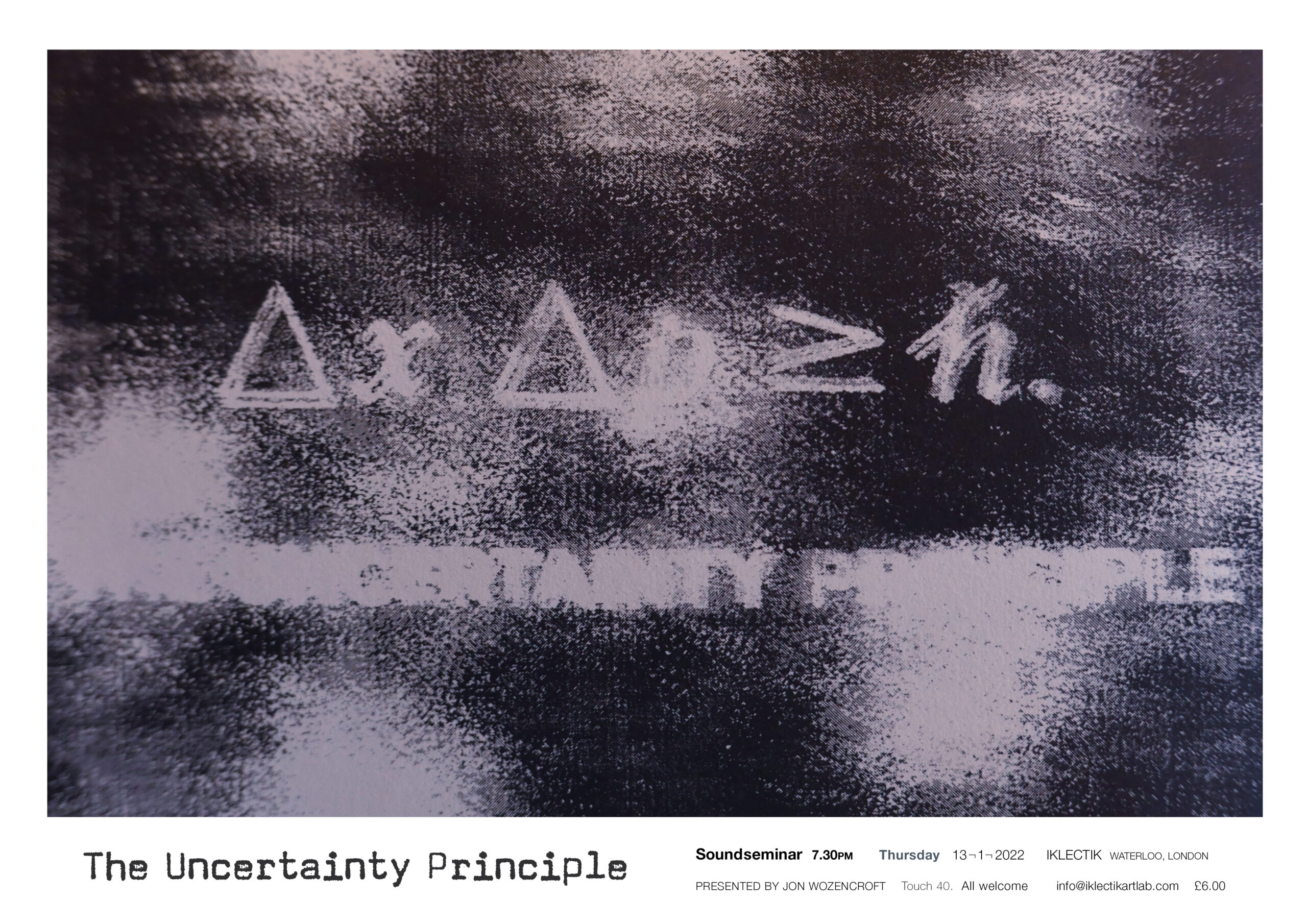 Uncertainty has become a dominant emotion in these Covid–Brexit times, to an extent that it can be paralysing – nothing seems to change, everybody (well, everybody with an instinct to take care of themselves and their surroundings) is on their guard, and there is a thin line between uncertainty and basic fear. And fear, as venal politicians exploit on a daily basis, is a tried and tested recipe for suffocating change.

However, seen through the prism of sound and music, uncertainty is an essential element for growth and development, the catalyst of the unexpected. Obviously, improvised music could not exist without such a precondition, but in more general terms the life of every artist and musician who seeks to create something new, has to walk the line between the familiar and the unforeseen.

Werner Heisenberg established ‘The Uncertainty Principle’ in Copenhagen in the 1920s, in essence, proving that it is impossible to determine accurately both the position and the speed of a particle at the same instant. The discovery was significant because it proved that uncertainty was a fundamental property of quantum mechanics, thereby superseding the so-called ‘observer effect’ which had previously explained why measurements could not be made without affecting and changing the system that was under scientific observation.

“There are some things in nature that we can’t know”

The distance between a composition, its recording and its distribution… The perils of the manufacturing process… How will the audience react? Will the music hold up over time? Such things can never be known for sure and it can work both ways. Bernard Sumner and Peter Hook both hated Joy Division’s debut LP “Unknown Pleasures” when they first heard it, but four decades later it’s a different story.

So the first sound seminar of 2022 is not about science, but the ways and means by which this scientific paradigm, developed 100 years ago by Heisenberg, has come to characterise everyday communications and perception, and how we can embrace it as a vital element of a brighter future, by learning better how to take risks.