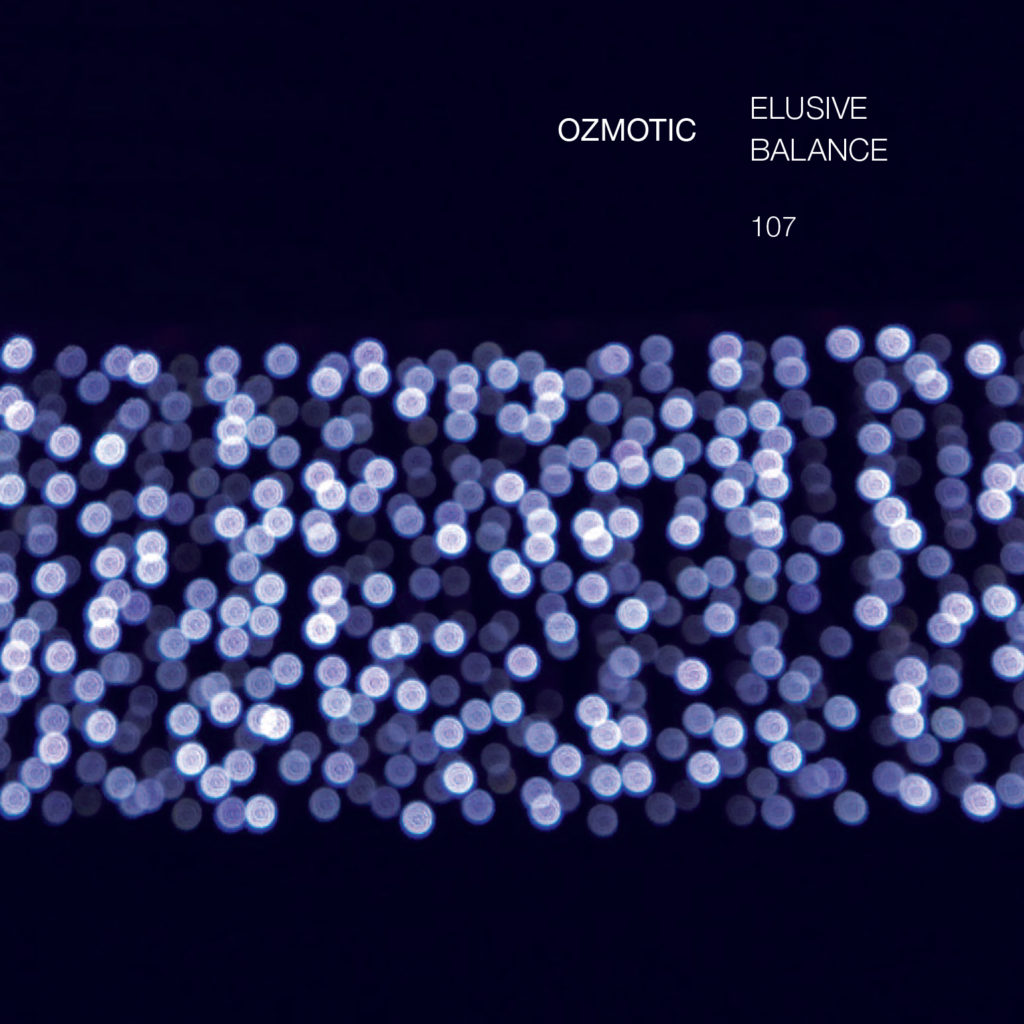 OZMOTIC is a multidisciplinary artistic project, deeply fascinated by the dynamics of contemporary society, by architecture, cities and vast uncontaminated spaces.

OZMOTIC creates world sounds characterized by an intense tonal variety and a refined rhythmic research. The interaction between electronic music and digital visual art in

real time is an essential trait of OZMOTIC’s aesthetic.

Having previously collaborated with Fennesz, Murcof, Bretschnider and Senking, “Elusive Balance” is their third album, following “AirEffect” in 2015, and “Liquid Times” in 2016 (both for FolkWisdom). OZMOTIC now release their debut album for Touch.

Watch their video for “Being” on Vimeo

“Elusive Balance” explores the relationship between humans and nature, as well as the search for balance between these two great entities.

The theme of equilibrium and its precariousness, and its natural tendency to achieve relative stability connects all living things. Equilibrium is also a junction point and evolutionary engine – unstable and elusive, ready to deteriorate and to start a new reaction mechanism bringing organisms to a new harmony.

“Beauty is a rare and fleeting thing; it oftencorresponds to those phases where we can grasp that unstable equilibrium which exists between us and the world at large.”

Musically the album seeks resolution of sound contrasts, in a continuous search for an emotional component that gives simultaneously a feeling of tension and stillness.

There is a duality between the ‘organic’components (represented by soprano sax and percussion) and their interaction with machinesand computers.

In “Elusive Balance”, OZMOTIC investigate the essence of their sound to expand its emotional and compositional potential. Each track contains a search for a synthesis between sound elements apparently distant from each other, but in reality create a new balance – as poetic as it is musical.

The album’s seven tracks draw a sonic flow in which the melodic aspects are countered by glitchesand angular sounds, and the ambient passages are subjected to heavy rains of rhythm, leaving space for dreamlike moments.