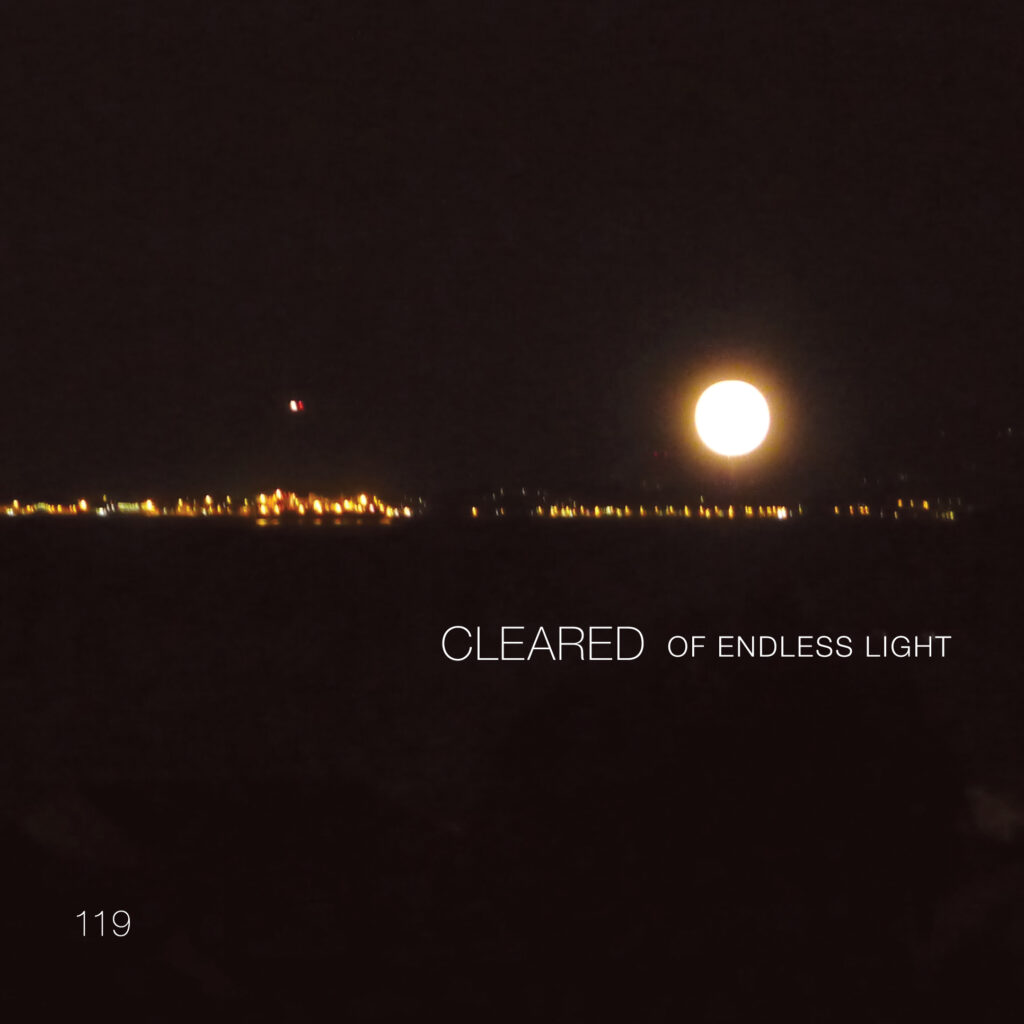 Artwork and photography by Jon Wozencroft

CLEARED is the longstanding project of Steven Hess and Michael Vallera, based in Chicago, Illinois. Of Endless Light was recorded by Jeremy Lemos at Electrical Audio in Chicago and mastered by Denis Blackham. The six tracks complete the longest release to date by the duo, who were resolute in utilizing the maximum time available on the compact disc format. CLEARED has produced a series of critically recognized recordings since its self-titled debut in 2011. Working with the Touch label on The Key (recorded in spring 2019, released in October 2020) was a leap forward, prompting remixed tracks by Philp Jeck, Fennesz, Bethan Kellough, and Olivia Block.

Of Endless Light is noctambulant, a walk through formal sonic spaces and colors beginning with the cascading, bell-like tones of the opening track, “First Sleep.” The husks of a city’s industrial past are summoned: warehouses hollowed out for condominiums, dust-covered factory floors, a distant grind of machining, clouds of metallic particles, and the persistent background hum of traffic. These remnants contrast with hints of the sterile present of a city no less cruel than its industrial past. “Dawn” opens with a grey drone and scattered electronic rhythms as wiring, and extended guitar lines suggest the opening of another cycle of the day into evening. “Pulse” offers a hypnotic pattern that suggests the movement of people through the city’s core, slowly overlain with cymbals evoking the shimmer of sunlight cleaving off the windows of distant buildings. The album appropriately concludes with “Walking Field,” methodically moving forward via a cloud of meditative clicks and looping melodies.

Of Endless Light is a patient listen, distilled into a sonic environment specific to Hess and Vallera’s lens. Cleared created its crepuscular moods using the core methodology of their previous records while expanding their music’s range, artistry, and subtlety. Deploying careful instrumentation, sampling, and mixing to experiment with tone and atmosphere, Of Endless Light breathes and drifts through layers of sound that veil, reveal, and intrigue. The result gives a listener much to discover, examine, experience, and consider – as well as the incentive to return again and again. [Bruce Adams, 2022]