The vinyl edition is now available to order 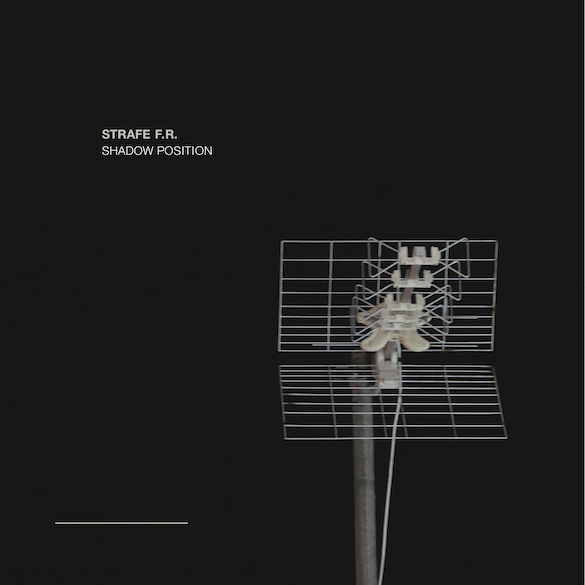 A1: Nachtmaschine
A2: Every Day XXL
B1: Shadow Position
B2: Isabella B.

There are 4 tracks, 4 different windows to look out from our studio in Düsseldorf into the street and their different layers of sound.

Witness the electric city and the power house. Strafe F.R. is sitting inside the fuse box. The electric chirp of the night. The socket in which we sleep. The dog comes, in order to devour Strafe F.R. First he eats the rebellion and next he bites the Strafe.

The house and the body, both are earthed and the veins are vibrating. Between the 3rd and the 4th hour of the morning we enter the realm of insomnia. You fly by not using an airplane.

An old woman is cleaning the door bells with her own spittle. The old man is distilling schnaps in his back garden. The swimmers are gliding through the day on top of a greasy film. The reception is a flare into seconds until it fades away into noise again. The kettle drum gives the rhythm of breathing, the bass determines the time. You stumble forward, forward into the next day.

From our window we see a public building where there exists a toilet, its porcelain shows the most beautiful craquele fissures. There is an historic poster of Lenin. It is fixed on a garden fence in the landscape and the stinging nettles grow over it softly swinging in the wind.

There are shadows but there is also brightness, this means there are complementary colours and contrasts, movements and reflection until there is stillness. We see the back-breeding of cattle in the Neanderthal age and at the same time we look into the large heating room of an art museum, where we observe tubes and their upstream pressure regulators.

All sounds and music instruments recorded by Strafe F.R. – Bernd Kastner, Siegfried M. Syniuga. “Shadow Position” was mixed by Rasmus Zschoch. “Nachtmaschine”, “Every Day XXL” and “Isabella B.” were mixed by Strafe F.R. at Strafe studio in 2019 / Düsseldorf. Thanks to Detlef Klepsch for additional technical support. Female vocal by Anna Nettra.

Strafe F.R. was founded by Bernd Kastner and Siegfried M. Syniuga in Düsseldorf in 1979. Since then they have released thirteen albums that are in the field of avant-garde music and conceptual music. The full name of this formation is Strafe Für Rebellion which means something like “Punishment for rebellion.”

In November 2029 Touch released “Shadow Position” album that consist in four tracks that in words of Strafe F.R. member there are “4 different windows to look out from our studio in Düsseldorf into the street and their different layers of sound.”

Four tracks with four stories that conjure me up to dark cyberpunk movies. “Witness the electric city and the power house. Strafe F.R. is sitting inside the fuse box. The electric chirp of the night. The socket in which we sleep.”, is what this formation writes in the press release.

As a backdrop we have a post-industrial sound with rhythmic beats and heavy bass drums. Along with electric lashes and abrasive chips that synthesizers reproduce. All this under a blanket of dark atmospheres and bleeps that circulate like spirals. In a line where the beats prevail with glimpses to dance is what brings the track that gives this LP its title and which comes to be the exception to the experimental character of the rest of the album. [Guillermo Escudero]