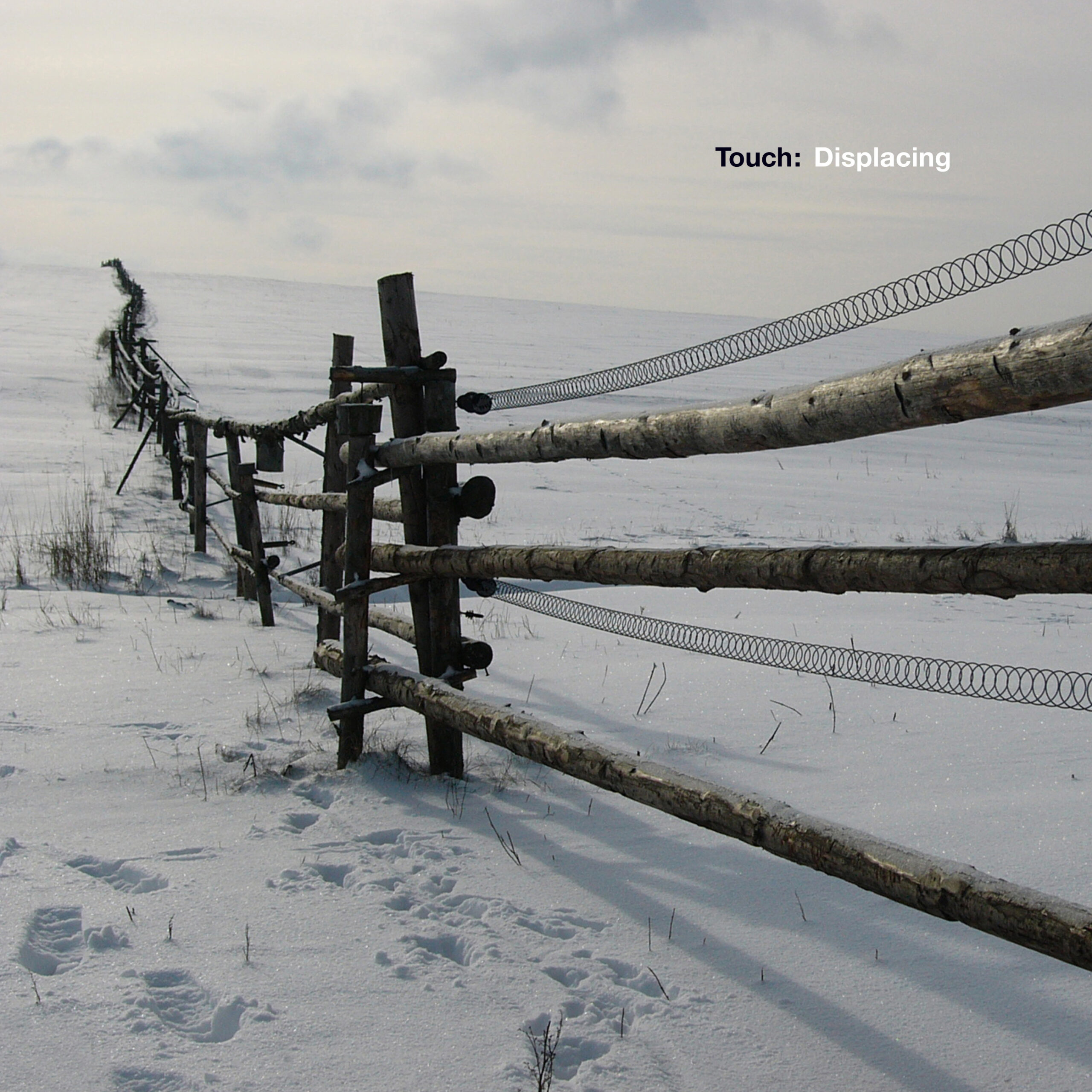 Photography and design by Jon Wozencroft

Now available as a full album for the first time, released 5th November 2021 on Bandcamp

Following Touch: Isolation which covered the first lockdown period in the UK, Touch: Displacing was a new subscription project where the focus falls on longer-form compositions, released on a monthly basis over the coming year and featuring artists for whom duration is a key feature of their work.

This album supersedes the Touch: Displacing subscription and is now available as a stand-alone release.

Twelve exclusive tracks recorded by Touch or Touch-affiliated artists for one year’s subscription, with contributions from Oren Ambarchi, Olivia Block, Richard Chartier, Robert Crouch, John Eckhardt, Bana Haffar, Philip Jeck, Bethan Kellough, Geneva Skeen, Sohrab, Carl Stone and Chris Watson, leading with “Kharabat” by Sohrab – all mastered by Denis Blackham, to whom once again grateful thanks are due. Receipts will, as with Touch: Isolation [the collection is still available], be shared amongst the artists. A time to support independent music while it still exists!

Each of the releases is mirrored by a cover/counterpoint by Jon Wozencroft – not fixed to one location, as they were with Touch: Isolation.

“The devil is in the detail”. “The Beauty of Fractals” made it clear that the smallest element was intrinsic to the harmony of the whole*. Instead, the world seems to have finessed the promotion of disharmony as a form of entertainment, at the very time when artistic, musical, cultural challenges to the perceived “fait accompli” are needed more than ever. To counter the policies of rapid confusion, the forward/reverse procedure, we shall endeavour to slow down the pace, turn things up and respond.

All tracks mastered by Denis Blackham, to whom once again grateful thanks are due.