After the Wheel: Sound Seminar by Jon Wozencroft | Iklectic 19th May 2022 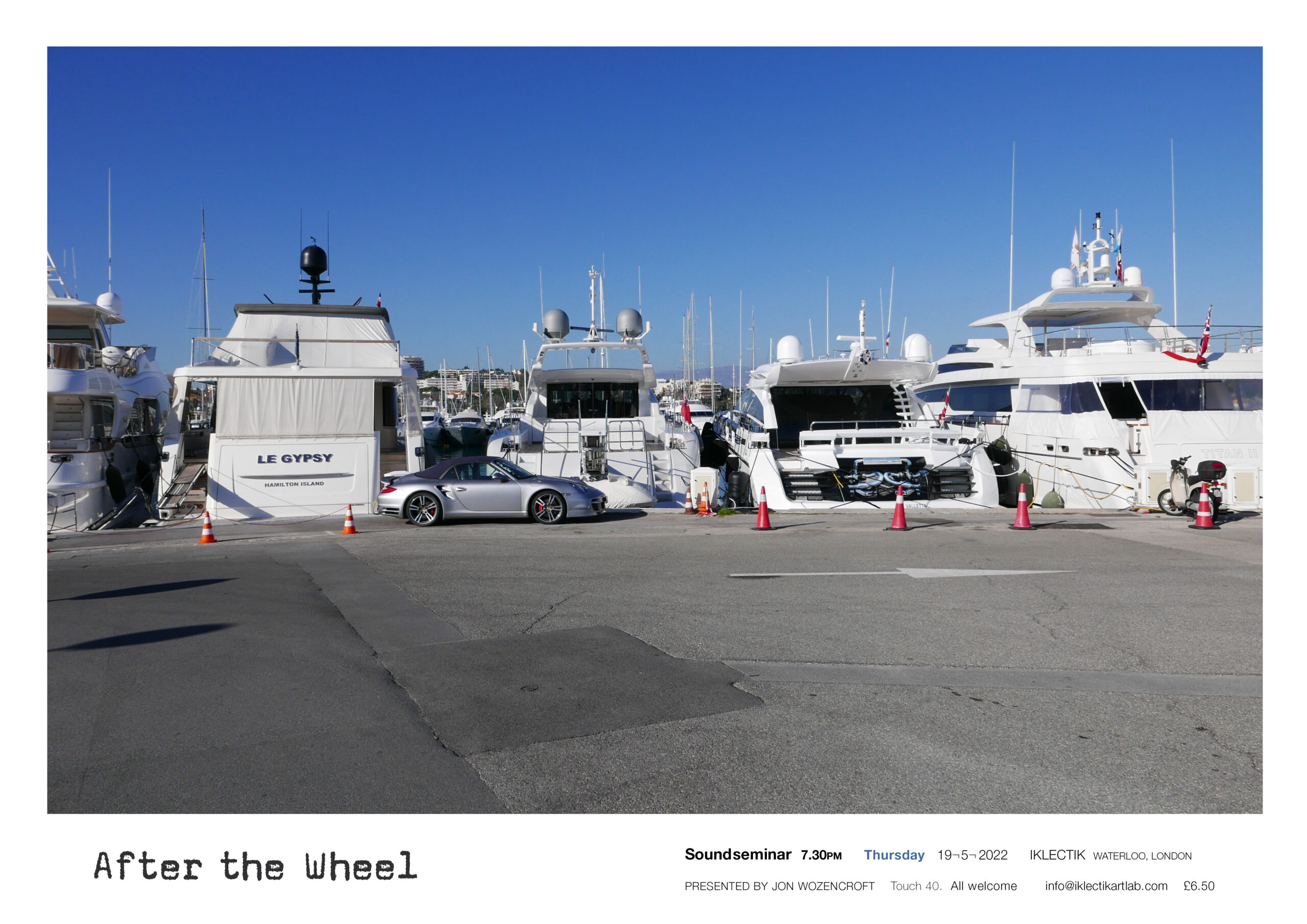 “You can’t reinvent the wheel” – So goes the saying to describe a futile attempt to improve upon what has gone before. Nevertheless, the last ten years has seen a relentless abstraction of this – in the UK, a deceitful attempt to return to “past glories” alongside a series of fiscal measures that punish the poor for the crime of being poor.

From its genesis during the times of the horse and cart to today’s driverless cars, the wheel keeps on turning, creating massive fortunes for the fortunate few, but the energy needed to drive it is another matter entirely.

Nikola Tesla proposed the principal of free energy a hundred years ago. It could come from wireless networks for nothing, but that was not allowed to happen. Tesla died in his New York hotel in 1943 in relative poverty and apparently with a mere $100 to his name. This may be exaggerated, but clearly Tesla never achieved great wealth despite his numerous inventions, most of all the feat in having developed the means of electrical current distribution.

Elon Musk, meanwhile, is currently the richest man in the world. Notably, his key company appropriated the name Tesla – whose electric cars provide a platform to numerous means of wealth accumulation. Musk made $171bn during the first year of the Covid pandemic and increased Tesla’s market capitalisation 13-fold since the end of 2019*. Next up – Twitter. Musk has bid $44bn to acquire the company. The sum is roughly equivalent to the total budget President Biden’s administration has dedicated to combatting climate change.

Musk has plans for brain implants that connect to the internet, AI initiatives in addition, and if it all goes haywire, there’s always Life on Mars.

Might he be aware of one of Nikola Tesla’s unresolved inventions, “The Thought Machine”, that intended to be able to project an individual’s retinal images onto a screen? Does he take Twitter to be an improvement on this?