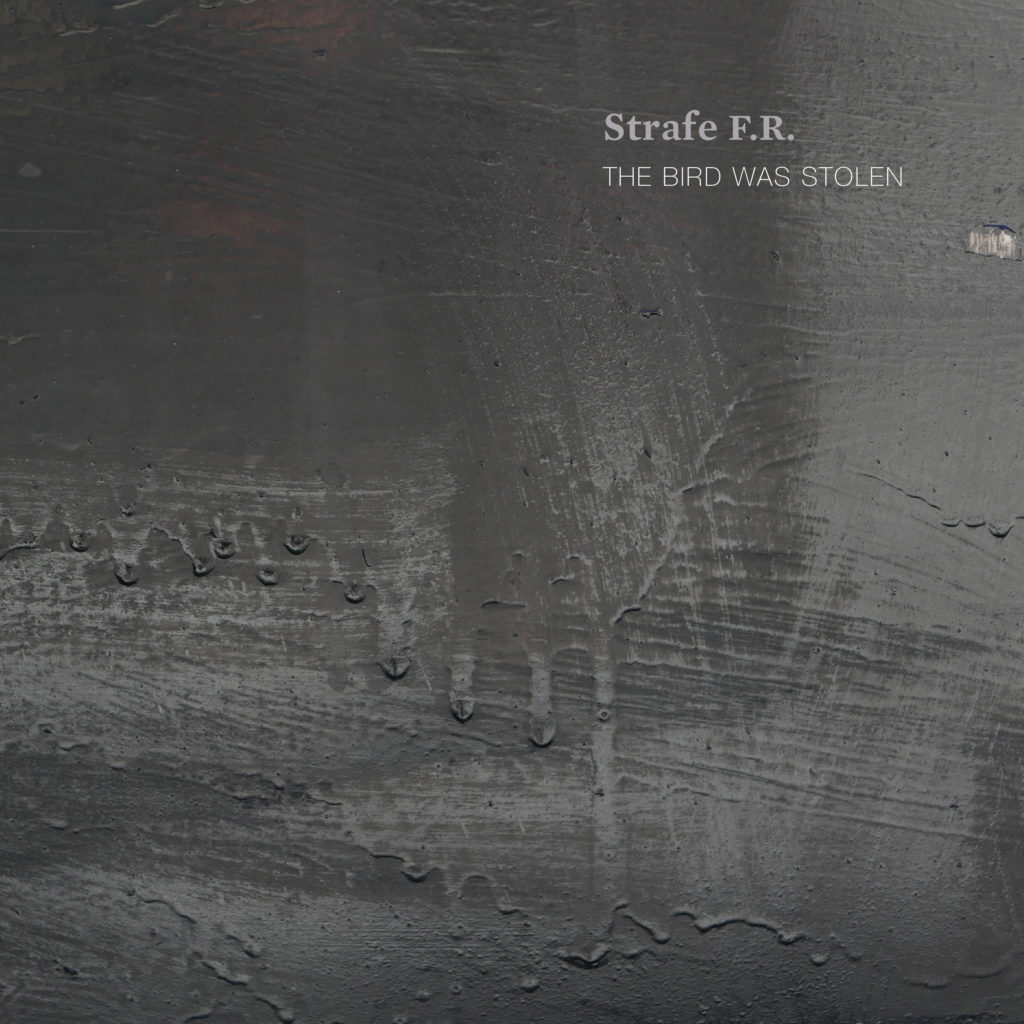 Based in Düsseldorf, Germany, Strafe F.R. is a long-term collaboration between the artists Bernd Kastner and S. M. Syniuga, which started in 1979. After a long period of hibernation, The Bird Was Stolen marks their return to Touch following four previous releases in the 80s and early 90s.

From their early connection with the local punk and new wave scene, centered around the Ratinger Hof in Düsseldorf, Strafe went on to develop a unique and influential form of sound sculpture that pioneered the use of field recordings alongside home-made instruments and the use of the studio as a performance space.

A new track, ‘Virgin’, which appeared on the recent Touch Movements CD/book, gave an early indication that they are back at the peak of their powers. The Bird Was Stolen presents 14 new compositions that push the signature sound of Strafe F.R.

It all started with the eagle, Eaton, who was eating the liver of Prometheus. Prometheus was a Titan, not a god. He was teaching humans how to make fire and was punished by the gods for having done that.

Through this, the humans experienced the meaning of Strafe Für Rebellion
(in English, ‘Punishment for rebellion’). Ever since this happened, the members of SFR register peculiarities and specific incidents as an incitement to make music.

Some examples are as follows:
When searching for new sounds inside the bowels of a piano we occasionally found the sleeping Franz Liszt. Underneath the piano pedal, the MC5 were glued. Unfortunately the mites have eaten all of our socially and critically-engaged texts.

Recently, neozea, similar to indian parrots, fly above our streets. They are able to talk, and they scream: ‘No Guitars!’. Several foxes devoured the analog tapes from our old tape recorder; there are Chinese mitten crabs living inside the bass drum. A bullfrog has eaten up the marsh frog population that we once recorded at a nearby airport. Large blowflies are sitting on the guest chair in our studio lounge.

The helicopters belonging to the German army are in a desperate condition. However, the poor maintenance of the machines has unleashed a fantastic new sound. The same way that Prometheus’s liver is renewed and grows again each night, happens also to the Zeitgeist. Because of this, we must continue to work on the music. We cannot stop and will never finish.

There is vanilla fudge in the coconut trees.

Available to order in Bandcamp now